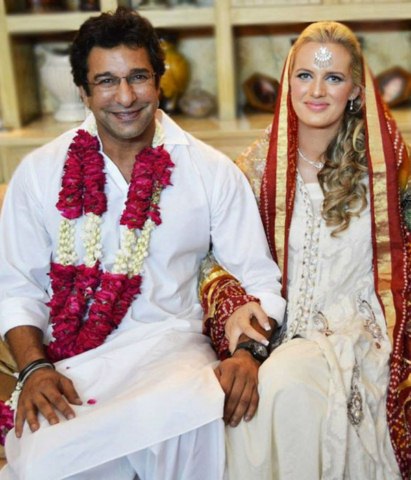 Famous Pakistani Cricket star (Swing of Sultan) Wasim Akram on Wednesday announced that he had married his Australian girlfriend, Shaniera Thompson, saying he has started a new life on a happy note. 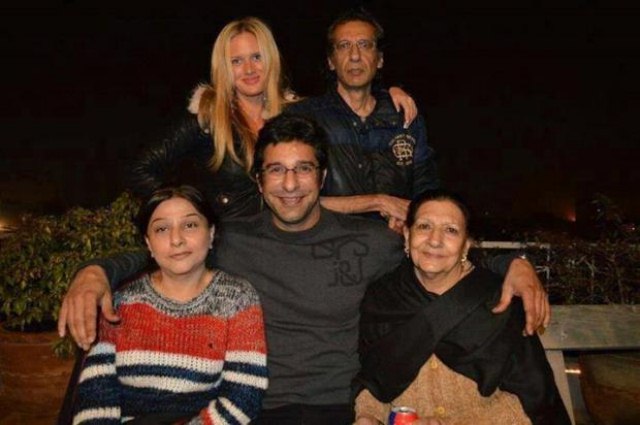 He Said “I married Shaniera Thompson the Australian lady in Lahore last week in a simple ceremony and this is the start of a new life for me, my wife and for my kids,” Wasim told AFP.

Akram s father is unwell and wanted to see his son married again, the sources said. His first wife Huma died in 2009.  Thompson came to Karachi earlier this month and flew to Lahore to meet Akram’s father. 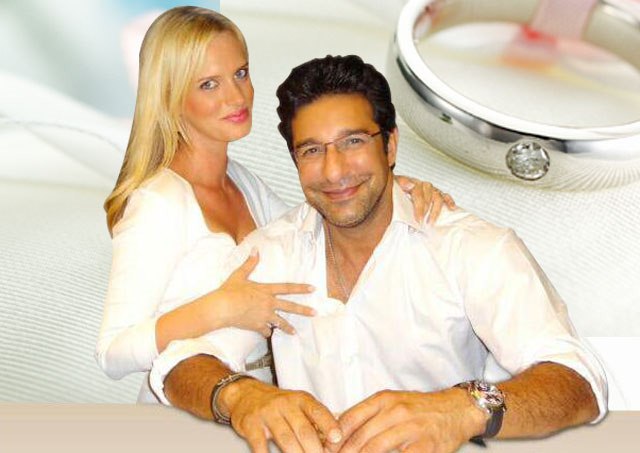 Since Thompson arrived in Pakistan about three weeks ago, some clerics criticized Akram for spending “days and nights” with his fiance under one roof without getting married. Here look below more pictures of Wasim akram with Shaniera Thompson.