Beyonce celebrated the release of her new self-titled album with rap cooperator Drake after her concert in New York on Thursday.The Crazy in Love hit maker stormed fans last week when she released her fifth studio project on iTunes.com without any prior announcement or major marketing campaign, and it became an instant hit, breaking Apple records by shifting 828,773 units worldwide in just 72 hours. 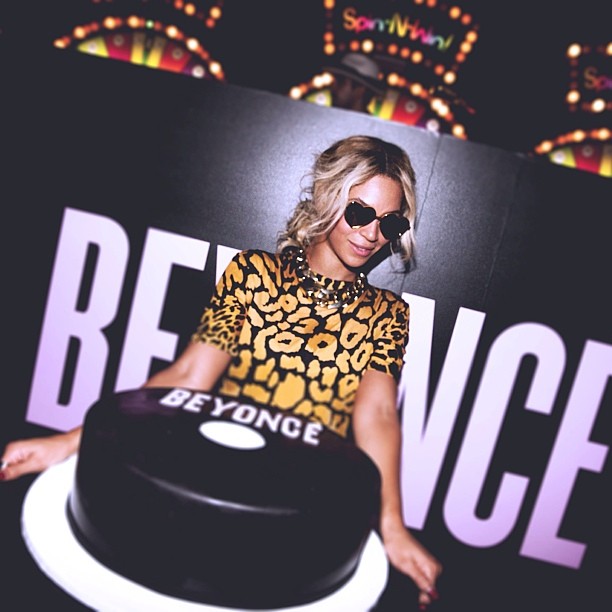 She marked the early success of the album on Thursday by taking over Times Square hotspot Dave & Busters for a private party filled with games, music and dancing, and the Started From the Bottom rapper was among the invited guests. At the event, Beyonce was presented with a cake in the shape of a record, emblazoned with her name in pink icing, similar to her album artwork, from chefs at the nearby Cake Boss Cafe. During the party, Drake praised Beyonce, saying, “Of course, to the Queen, the utmost congratulations.”

After the celebration, the superstar took to Instagram.com to share pictures from the night with her followers. The bash took place shortly after Beyonce wrapped up a gig at the Barclays Center in Brooklyn, where she was snapped planting a kiss on the forehead of Madonna’s adopted daughter, Mercy. Beyonce also had another reason to celebrate – in February, she will release her third perfume,