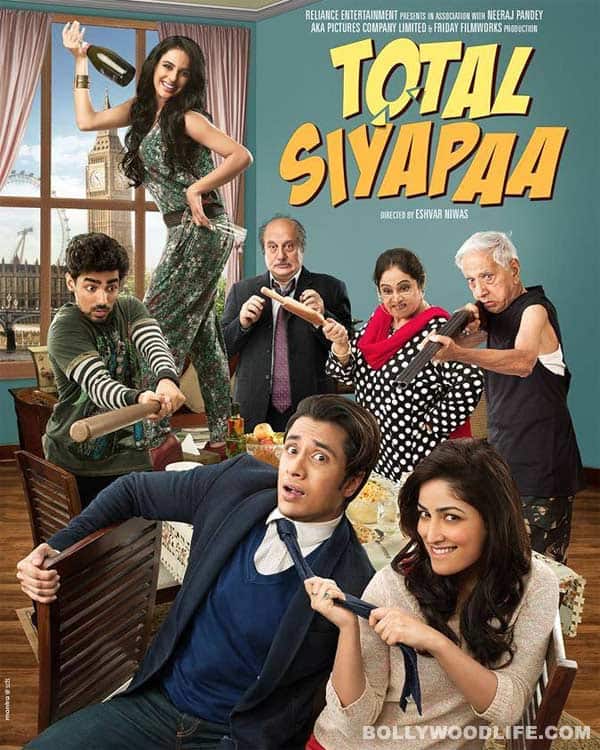 Film is to be released on 31 January 2014 under the banner of Reliance Big Entertainment.

Vetren actor Anupam Kher and her real life wife and Vetren actress Kiron Kher are first time appearing together in a movie.

Settled in London, Aman (Ali Zafar) hopes to marry Asha (Yaami Gautam ), an Indian girl, also based in London. He visits her parents’ house to seek their permission to marry her. However, his plans to impress the family start failing when they discover that he is a Pakistani. Starring Ali Zafar and Yaami Gautam , Total Siyapaa (Total Chaos ) is about a series of unfortunate events that befall a good-hearted but hapless Pakistani boy while visiting his girlfriend’s parents, leading to some of the funniest, chaotic and outrageous situations. See below trailer of this super hit comedy romance film Total Siyapaa.